Hormone Health and Wellness Versus Autoimmunity. 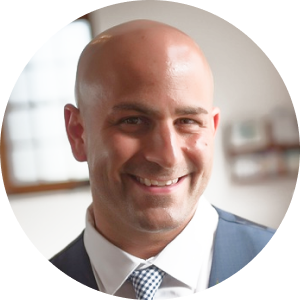 Hormone imbalances and autoimmunity may go hand in hand. There has been research that was done that expects them to occur together. Let’s look at the different diseases and disorders and see what they mean and how to prevent them.

Thyroid disorders that cause hormone imbalances can cause very similar symptoms to some autoimmune conditions so it can sometimes be difficult to tell the difference. Both can cause issues such as unexplained weight loss and fatigue. Many people end up visiting the doctor after noticing symptoms that they didn’t realize were connected to their thyroid hormones.

What is Autoimmune Disease?

Your immune system protects you from disease and infection by attacking germs that get into your body, such as viruses and bacteria. Your immune system can tell that the germs aren't part of you, so it destroys them. If you have an autoimmune disease, your immune system attacks the healthy cells of your organs and tissues by mistake.

The Link Between Autoimmune Disease and Women.

It is not fully clear as to why women are affected with autoimmune disease more frequently than men. One theory is that higher levels of hormones in women, especially during the childbearing years, could make women more susceptible to autoimmune diseases. There are many factors that affect autoimmunity, both genetic and environmental.

Why does the immune system attack the body?

There is an element of autoimmune diseases running through family bloodlines as well.  Outside of genetics, and gender, some other common considerations can include diet, infections, nutritional deficiencies, and ongoing toxin exposures.

The Role of Infection and Disease.

On a basic level, autoimmune disease occurs because the body’s natural defenses attack the body’s own healthy tissue. Researchers have several ideas about why this happens.

When the body senses danger from a virus or infection, the immune system kicks into gear and attacks it. This is called an immune response. Sometimes, healthy cells and tissues are caught up in this response, resulting in autoimmune disease.

Many scientists believe this is what causes rheumatoid arthritis, a type of autoimmune disease that attacks the joints. It’s also common that after having strep throat, people can develop psoriasis, an autoimmune condition that causes patches of thick, scaly skin.

Scientists think the injury may play a role in some types of autoimmune diseases such as psoriatic arthritis, a condition that affects the joints of some people with psoriasis.

Research has shown that in parts of the body subjected to high stress, an autoimmune response happens after damage to tendons, which attach muscle to bone. For example, a runner’s heel is an area where the muscle is constantly pulling on the bone to create movement.

Infections are a definite culprit and often precede the onset of autoimmune disease.

Under normal conditions, your immune system would take these bad bugs down. Unfortunately, these infections are pretty smart and evade detection.

The immune system can once again get confused and begin attacking your body as it tries to clear the infection.

It’s a common trigger for many chronic diseases, with autoimmune diseases being no exception.

When stress is high, it triggers a cascade of hormones that result in immune dysregulation. The alteration in immune system dysfunction is thought to ultimately lead to autoimmune disease and the rise in inflammation.

Approximately 1 in 12 women will develop an autoimmune thyroid condition after giving birth. Another autoimmune disease can also be triggered by childbirth, but thyroid disease is by far the most common.  This is most likely related to the shifting Th1 and Th2 levels that occurs during pregnancy. Once a baby is born, the immune system shifts again, during a time when there is little sleep and stress is high.

Hormones are your body’s chemical messengers.

Produced in the endocrine glands, these powerful chemicals travel around your bloodstream telling tissues and organs what to do. They help control many of your body’s major processes, including metabolism and reproduction.

When you have a hormonal imbalance, you have too much or too little of a certain hormone. Even tiny changes can have serious effects throughout your whole body.

Your hormones play an integral role in your overall health. As a result, there’s a broad range of signs or symptoms that could signal a hormonal imbalance. Your signs or symptoms will depend on which hormones or glands aren’t working properly.

Common hormonal conditions affecting both men and women could cause any of the following signs or symptoms:

Keep in mind that these symptoms are nonspecific, and having them doesn’t necessarily mean that you have a hormonal imbalance.

Causes of a hormonal imbalance.

5 Ways to Properly Balance Your Hormones.

Not only does protein provide essential amino acids that your body can’t make on its own, but your body also needs it to produce protein-derived hormones, also known as peptide hormones.

Physical activity strongly influences hormonal health. Aside from improving blood flow to your muscles, exercise increases hormone receptor sensitivity, meaning that it enhances the delivery of nutrients and hormone signals.

Weight gain is directly associated with hormonal imbalances that may lead to complications in insulin sensitivity and reproductive health. Being overweight has also been associated with heart failure. Keep in mind to think about your heart health too!

Your gut contains more than 100 trillion friendly bacteria, which produce numerous metabolites that may affect hormone health both positively and negatively. Your gut microbiome regulates hormones by modulating insulin resistance and feelings of fullness.

For example, when your gut microbiome ferments fiber, it produces short-chain fatty acids, such as acetate, propionate, and butyrate. Both acetate and butyrate aid weight management by increasing calorie burning and thus help prevent insulin resistance.

Minimizing added sugar intake may be instrumental in optimizing hormone function and avoiding obesity, diabetes, and other diseases.

In addition, sugar-sweetened beverages are the primary source of added sugars in the Western diet, and fructose is commonly used commercially in soft drinks, fruit juice, sports, and energy drink.

How Index Clinic Can Help.

We have many different aspects of the approach to help you with autoimmunity and hormone health. If you are concerned about any of the following, consider reaching out to us to help you get on a track towards progress with your health. We help with thyroid issues, sex hormone issues, Rheumatoid arthritis, adrenal/cortisol issues, Celiac disease, and Psoriasis/ Psoriatic arthritis.

Apply for a Job.